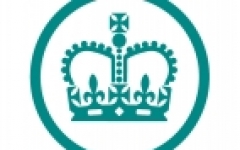 In 2014, Single Parent Action Network began a campaign about the threatening calls and letters being received by single parents from Concentrix, a US company working on behalf of HMRC, the UK Tax Agency. We collected over 1200 signatures and many many comments

Unfortunately, our own brush with austerity means we're unable to carry on this fight. But you can! Contact your MP via theyworkforyou. Thank you to everyone who got involved.

Stop private firms such as Concentrix Corporation treating single parents like criminals and make them abide by HMRC "Your Charter" code of practice.

Concentrix Corporation, a private firm working on behalf of HMRC, has recently contacted thousands of single parents questioning their entitlement to Tax Credits. In their letters, they imply that the recipients are guilty of having a partner living with them and are therefore not entitled to Tax Credits. Parents are then expected to provide (often at very short notice and with no prior warning) a range of documents to prove their status.

Many parents have never been made aware that it is necessary for them to keep items such as childcare receipts. Nevertheless, parents who have been unable to produce such documentation find themselves with their tax credit claims frozen for up to 3 months.

We are extremely concerned that this practice is distressing vulnerable families and causing panic and anxiety for people who are managing to hold together a family on a very low income. We also fear that the parents who are most distressed by these vexatious requests are often already suffering from stress and mental health issues. Many of the requests sent to single parents claim ‘evidence’ of wrong doing, even when such evidence was wholly absent. They include the case of a widow who had been living on her own, since the death of her husband in 2004.

Calls to Concentrix helpline ring through unanswered for unreasonably long periods. We understand that when callers do get through, they are not given clear answers about the required documentation.

The letters are regarded by recipients as punitive and threatening in tone. They imply that the receiver is not eligible for Tax Credits. The language used, the short timescale demands for information and the inability of Concentrix’ staff to handle phone calls in an efficient way are causing distress and anxiety to vulnerable people. On behalf of our website users, we invite you to respond to the following in the context of HMRC ‘Your Charter’ guidelines. These clearly explain what levels of service and propriety can be expected from this government authority and its agents:

What action has been taken to address similar, publicly recorded concerns (already raised) for other activities undertaken by Concentrix on behalf of HMRC? (see ‘How to Complain’ and ‘What HMRC will do’).

We look forward to sharing your response with the thousands of single parent readers of our website and Facebook pages.