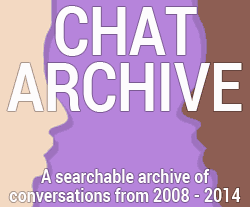 China is a patriarchal society which places a huge emphasis on familial and Confucian values. This is most visible in the traditional family dinner which consists of three main dishes and a soup – a meal that would only be possible in the traditional family structure of two parents raising a kid. Women in China not only face discrimination in the workplace but also socially as there is tremendous pressure to marry before turning 30 with the term “leftover woman” being used to described those that have not wed. It is not surprising that single mothers in China face a tremendous amount of stigma – both as a woman and as a single mother.

The most visible discrimination against single mother is the “social maintenance” fine they have to pay. This fine could be up to RMB 120 000 – a ridiculous sum considering that the average salary in China is around RMB 20 000.  Such a fine in the UK would be unimaginable and be seen as a gross violation of human rights, but in China, this fine is seen as a punishment for single mothers who are often believed to be home wreckers. This short-sightedness ignores the myriad reasons that one may end up as a single mother as well as placing blame on the mother only. A few years ago, there was a slightly humorous story of a man who sold his kidney to pay for an iPad but for some single mothers, selling their kidney was one of the options they considered to pay the social maintenance fine.

Until 1997, sex before marriage in China was illegal. Today, sex before marriage may not be a complete taboo but keeping a child as an unwed mother is a rarity. There are many news story of babies being found in toilets, in the sewer, in rubbish bins and so on – these babies are commonly believed to be abandoned by single mothers. Abortions require money and if the mother decides to have the child, she will also have to borne the medical fee associated with her pregnancy. Many Chinese women rely heavily on their parents for financial assistance and as a result, they are often not given a choice when it comes to making decisions about the baby. Abortions (if they are carried out) aren’t about giving women a choice but to save her reputation (and her family’s reputation) as well as ensuring that she will have a future.

Thanks to our volunteer Jay Teo for this article