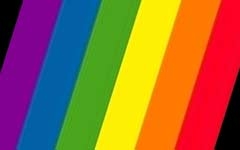 Anyone with their eyes open will be aware of the wonderful diversity of family life within Britain that mixes culture, ethnicity, religion, disability and sexuality. This diversity can be a rich soil for raising children but it can also bring additional challenges and obstacles, particularly for those doing it single-handedly. This article looks into some of the aspects of being a  Lesbian/Gay/Bisexual/Transgender (LGBT) single parent.

What does it mean to be an LGBT single parent?

The different issues and challenges for LGBT single parents

All of these situations carry different emotional issues, which become different again depending on other variable factors, like age, number of children and what other family support the parent has. Consequently, it is nigh on impossible to say this is what being an LGBT single parent is like.

In many ways of course, being an LGBT single parent is no different to being a heterosexual single parent; the same pressures, the same challenges and the same joys.

However there are two aspects which can make it a very different experience. The first is when a parent ‘comes out’ in later life having had a long-term heterosexual relationship or marriage and second, the impact that a parent’s sexuality can have on their children.

‘Coming out’ later in life

Research suggests that more people are ‘coming out’ later in life. This may well be because homosexuality has become more accepted, so people feel more able to be open about feelings they may have denied or repressed for many years.

Of course, this decreased risk of being stigmatized doesn’t make it an easy choice to make. There will be an impact on husbands, wives, partners, children and other family members.

Whether it is something that you have always known or something you have only recently become aware of, the thought of acting on this knowledge can be very scary. How will people react? What will your children think of you? How is life going to change?

The experience will depend on the relationships you already have and also on whether you come out as a result of having met someone else or whether you just feel it is wrong to continue in a heterosexual relationship..

Your close friends and family may already suspect that you are gay. People, particularly partners and children, are a lot more perceptive than you think, and they are often not surprised. Some people may be supportive but you may experience difficulties.

There are some things you can do that can help you get through difficult times:

The impact on children

However you find yourself as an LGBT single parent your sexuality is going to impact to some degree on your children.

If you are an LGBT person who has actively chosen parenthood it is likely that your children have grown up in the full knowledge and understanding of your sexuality/gender orientation and this is obviously the ideal scenario. Children who have grown up with an LGBT parent are more likely to have the self-confidence to handle any bullying or abuse they may encounter.

How you can help the children deal with it

Children who are coping with a parent who has come out later in life may need time just to come to terms with the situation. During this time it may be wise to act with discretion to protect your children from negativity or verbal abuse from your wider family or community until they are ready.

Above all it is important to be absolutely honest with your children at all times about what is going on. It may feel awkward at first to be with them with a same-sex partner, but they will take their lead from you. Act confident and comfortable and like it is the most natural thing in the world. Children know when you’re being dishonest so don’t try to protect them.

“Whilst I was married I felt increasingly unhappy about the physical side of our relationship but it took me many years to work out why. When I did I spent at least a year going through frequent periods of denial and when I did finally accept that I was a lesbian I decided that I needed to move away from my children to experience what this meant without it affecting them.

I left the family home and moved to another town for about 8 months, until I knew I couldn’t be away from them any longer. They thought I’d gone to study on a postgraduate course. Leaving them like this was really difficult for my children I know, especially as they also had to cope with the split between me and their father at the same time, but it gave me the strength I needed to make the change and to be able to come back and be honest with them.

Both my boys accepted it with very little problem. My daughter who was 12 and just starting puberty found it really difficult and she did initially react badly, going ‘off the rails’ for a few months. All I was able to do was hang in there with her, reminding her that I loved her, being honest and she’s fine with it all now. Maybe I put them through too much, but I think we’re all much happier now living truthfully.”