The Wall of Silence is the latest campaign to highlight the effects of Domestic Abuse... how victims are often afraid to speak out and how to 'Stop the Silence' by breaking down this wall of silence surrounding domestic abuse and empower victims to speak up and get help.

The campaign, in partnership with Avon and supported by Refuge and Women's Aid, is calling for as many people as possible (men and women) to post photo selfies to Facebook, Twitter or the Wall of Silence website on the 'wall' of selfies: real people with a finger on their lips. Each photo represents a brick in the wall of silence around domestic abuse, both physically violent and emotionally controlling.

"As a survivor myself, I know how hard it is to open up," says creator Charli. "Anyone who posts a picture will be saying that we all need to talk about it to break the taboo and empower victims to get help."

To get involved post your photo to Instagram, Facebook or Twitter with the hashtag #wallofsilence to have it automatically uploaded to the wall, or visit avon.uk.com/wallofsilence. Between November 3 and December 10, Avon will donate £1 to Women's Aid and Refuge for every brick (proceeds split between Refuge and Women's Aid). You can also donate £5 by texting WALL to 70500*.

For more information you can visit the Womens Aid website. 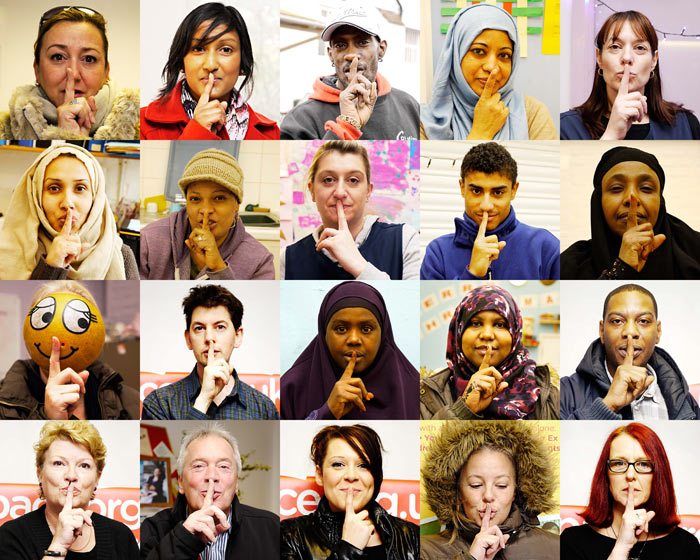 Customers, students, staff and visitors at SPAN all got involved in the campaign